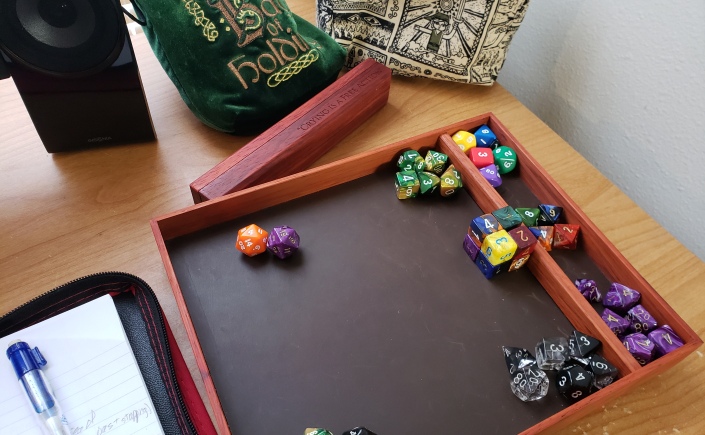 Creating a good D&D 5e homebrewed monster is a matter of balance. Like all things within the bounded-accuracy system of fifth edition, most of the specific numbers for attacks, armor class, and attributes are unnecessary. What you need to know is how to land within certain likelihoods for damage input and output, understand how to balance the action economy of fifth edition, how the difficulty of a fight is set, and the purpose of legendary/lair actions. While this seems like a lot to keep in mind, most of it falls under a series of general rules that make it easy to adjust a fight as it happens so you wind up with what you, the Game Master, expected.

Planning out a fight and creating a cool homebrew monster are cool, but it’s important to remember that not everything works as expected and being able to make adjustments or tweaks on the fly is not only important for homebrew monsters, but can get you the fight you want out of a official monster that is almost what you’re looking for.

First up are the core concepts:

These are core CONCEPTS. Not rules. There are general high-level ideas that should guide your approach when creating a monster and adjusting monsters on the fly. There are always going to be things that don’t fall in line with these concepts and sometimes, that’s the point. Dragons are supposed to be difficult, taxing fights for any party, even the high-level ones. That’s why they have a lot of attacks, legendary actions, lair actions, tons of hit points, high armor classes, and abilities with few limits. Even if a party can take out a dragon in a few rounds, damage-wise, a dragon’s breath attack is generally the deciding factor. Few player characters should survive two of these attacks, much less two they failed to resist in any way.

In general, though, these concepts guide the stats of most creatures. For instance, Goblins have a decent AC in terms of “early” monsters, and a decent attack bonus. For most low-level characters, they’re a challenge. They have enough hit points that they’ll survive the average damage, enough AC that an attack will hit about fifty percent of the time, and have a low-enough attack bonus that they should only hit a player character about thirty-to-forty percent of the time.

A few levels higher, a cyclops is a tough monster to fight because it will hit a player character at least fifty percent of the time and will do enough damage with an average attack that anyone without a lot of hit points is in danger of being knocked out in one or two attacks. They have enough hit points to take a few attacks as well, making it a challenge to fit even alone, since it could knock out a party member every turn. What makes it easier to fight is that most player characters should be able to hit it about seventy-five percent of the time, so that it’s hit points are whittled down quickly.

Any fight can turn into a tough fight if the number of enemies is greater than or equal to the number of players, especially if those enemies have multiple attacks. A great way to balance this out is to create two variants of a monster, one with multiple attacks and more hit points, and one with only a single attack and fewer hit points. Then you can have the focused battle between the players and the tougher monsters while occasionally tossing more mooks into the fray.

Generally speaking, you don’t want a monster to do so much damage that it will take out the tank in a single hit. The weak little spellcaster, though, they can get knocked out just fine. Keep in mind that a monster that does this much damage should be the only one in the encounter. If you want more targets, provide some weaker monsters as well.

There are, of course, exceptions to these rules as well. A super powerful monster (high level fights) should probably have more than 3 points. An enemy with spells or who is primarily a spellcaster might use spells as a 1 or 2 point ability, depending on how you want to run it (1 point if they should be able to cast frequently, 2 if it should be less frequent).

Lair actions work similarly, but should only be used if the monster is fighting on it’s home turf since lair actions can run the gamut from creating environmental hazards to being absolutely devastating in terms of damage, depending on the power of the creature being faced. They should also be thematically tied to the creature whose lair it is, so a powerful ghost’s lair might create fear effects or a necromancer’s lair might raise dead creatures as zombies, or so on. Since lair actions happen once a round at the same point (initiative count 20, losing any ties), they can be pretty powerful. Just keep it tied to the amount of damage or effects the monster can produce and it should be fine. It’s like an extra attack or action for the monster, so treat it as such.

If a monster is a spellcaster, just use the system from any spellcasting class. Unless the creature is a legendary creature, adding spells doesn’t inherently make it much tougher. If it’s already got lots of hit points and a high armor class, spells can be troubling since most casters won’t survive a few rounds of direct attack. Ones that do can be incredibly troubling. Generally, I’d recommend giving them access to spells no more than 2 levels above what your party can cast and maybe restricting some of the spell slots a bit. After all, even a 4th level party would have trouble against a foe that could cast “fireball” twice. Again, just adjust this on the fly until you feel it’s appropriate for the fight you want.

Once you start to get a feel for making monsters, just referencing the bullet points at the start of this guide will be enough to tweak what you’re looking for to make a fight worthy. And, as is true in most creative endeavors, learning the general rules of how things work is good but understanding them well enough to know when to break them is even better. Don’t be afraid to throw this all out the window if it’s not getting you were you want to be going.

Support me on Patreon!

Other Posts By Category

Past Posts by Category

Past Posts by Month

What’s up this Month?